Telangana minister KT Rama Rao on Monday sought the Central government’s approval for Lakdikapul metro project. He also requested that the proposal be included in the upcoming union budget for the fiscal year 2023-24. 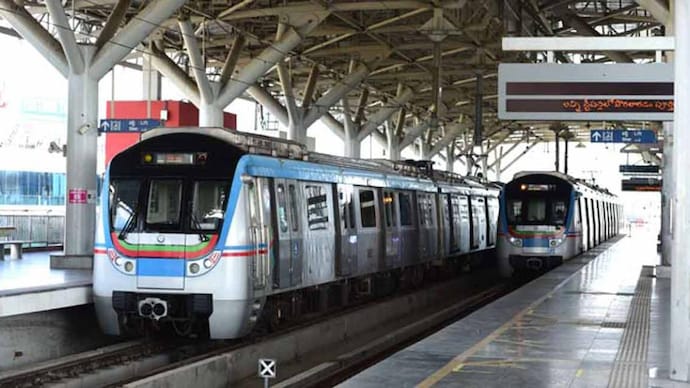 The new metro line, from BHEL to Lakdikapul, is proposed to be 26 kilometers long with 23 stations (Photo: File | Representative)

The metro project is being undertaken as a joint project of the Union government and the government of Telangana.

KTR also requested the Union minister include it in the upcoming Union budget.

In the letter, KTR requested the approval of the metro line, which is slated to be 26 kilometres long with 23 stations.

KTR further said that as Hyderabad is the fastest-growing metro city in terms of real estate growth, the importance of expanding public transportation infrastructure cannot be overstated.

“Hyderabad is the fastest growing Metropolitan city in terms of quarterly and year on year growth of the real estate sector, especially since 2019-20. With the opening up of all the offices in the post Covid-19 scenario, the need for expansion and strengthening of the public transportation system needs no emphasis,” KTR added.