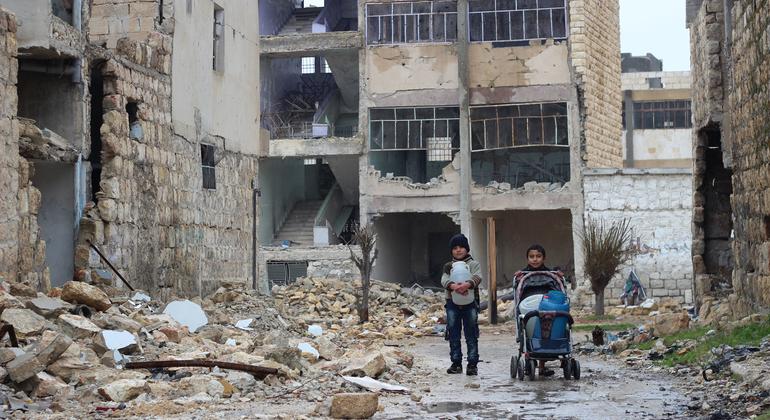 Imran Riza, who is also Resident Coordinator, said in a statement that “swift and urgent action is needed to prevent further illness and death. UN agencies and non-governmental organizations partners are coordinating closely with health authorities to ensure a timely and effective response.”

The outbreak was declared on 10 September by the Syrian Ministry of Health, following 15 confirmed laboratory cases, including one patient death, said Mr. Riza. A total of 936 cases of severe acute watery diarrhoea were reported between 25 August and 10 September, which led to “at least eight deaths”, he reported.

Most cases were reported from Aleppo (72.2 per cent), and Deir-ez-Zor (21.5 per cent), with cases also reported in Ar-Raqqa, Al Hasakeh, Hama and Lattakia.

The number of confirmed cholera cases so far is 20 in Aleppo, four in Lattakia and two in Damascus – both of those infected in the capital had travelled from Aleppo.

“Based on a rapid assessment conducted by health authorities and partners, the source of infection is believed to be linked to people drinking unsafe water from the Euphrates River and using contaminated water to irrigate crops, resulting in food contamination”, said the UN Humanitarian Coordinator. “Cholera remains a global threat to public health and an indicator of inequity.”

He said the outbreak was an indicator of severe shortages of water throughout Syria, an issue the UN has “been sounding alarm bells on”, for some time.

Mr. Riza said that while the Euphrates levels were dropping with drought-like conditions and a national water infrastructure damaged by 11 years of war, “much of the already vulnerable population of Syria is reliant on unsafe water sources, which may lead to the spread of dangerous water-borne diseases, particularly among children.”

A closely coordinated water, sanitation and hygiene (WASH) and health response is underway, the senior humanitarian official said, led by the Syrian health ministry with support from the World Health Organization (WHO) and UN Children’s Fund UNICEF, working with a wide network of partners on the ground to respond.

“Since late August, health partners have been actively working to strengthen preparedness and response capacity for potential outbreaks in all affected governorates. Early warning surveillance has been intensified in areas where the outbreak has been reported and other high-risk areas, including in camps hosting internally displaced persons.”

Some 4,000 rapid diagnostic tests have been delivered to support the work of rapid response teams deployed to investigate suspected cases. Intravenous fluids and oral rehydration salts have been also delivered to health facilities where confirmed patients are admitted, said Mr. Riza.

Partners have mobilized health and WASH supplies in the affected governorates. Chlorination activities to disinfect water are being scaled up and dosing rates are being increased in fragile and highly vulnerable communities to curb the spread of the disease.

Clean water is also being trucked to those areas impacted. Partners are similarly engaging with local authorities to begin periodic, focused water testing procedures and support the collection of water samples.

“The UN in Syria calls on donor countries for urgent additional funding to contain the outbreak and prevent it from spreading”, said Mr. Riza. “We urge all concerned parties to ensure unimpeded and sustained access to affected communities, as well as the support of neighbouring countries to expedite the necessary approvals to ensure the timely delivery of life-saving medicines and medical supplies.”