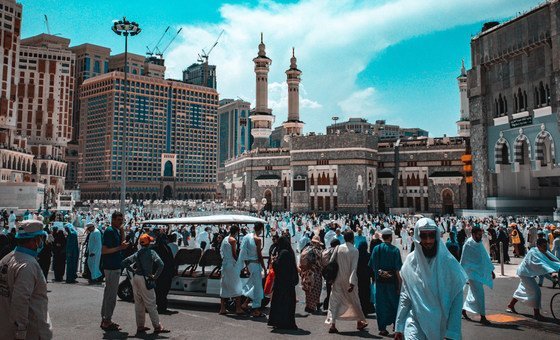 Ms. Lawlor has issued a statement expressing her increasing concern for the health and life of Mohammad Al-Qahtani, a founding member of the Saudi Civil and Political Rights Association, which was dissolved in 2013.

He was sentenced to a decade in prison that same year for allegedly providing false information to outside sources, including UN human rights mechanisms.

“I am concerned at reports that his family has lost communication with Mohammad Al-Qahtani since 23 October 2022, after filing a complaint about attacks on him by other inmates,” said Ms. Lawlor.

“I am calling on the relevant authorities in Saudi Arabia to inform his family of his whereabouts and current state of health, and to allow access by his family and lawyers.”

The Special Rapporteur is in contact with the authorities about the case.

Mr. Al-Qahtani has repeatedly protested against ill treatment at Al-Ha’ir Reformatory Prison in the capital, Riyadh, where he is serving his sentence.

The human rights defender has complained about attacks by other prisoners since May, but authorities have refused his request to be transferred.

Ms. Lawlor said she is gravely concerned about the use of incommunicado detention as it represents a violation of detainees’ rights under international law.

“Such methods give rise to grave concerns for the personal integrity of detainees, as they run a heightened risk of being subjected to ill-treatment and torture when all contact with the outside world has been blocked,” she added.

Special Rapporteurs are appointed by the UN Human Rights Council to monitor and report on specific country situations or thematic issues.

See also  Syrians ‘can come together to rescue their country’ from war, Security Council hears |

These human rights experts are independent of any government and operate in their individual capacity.

They are not UN staff and they do not receive a salary for their work.