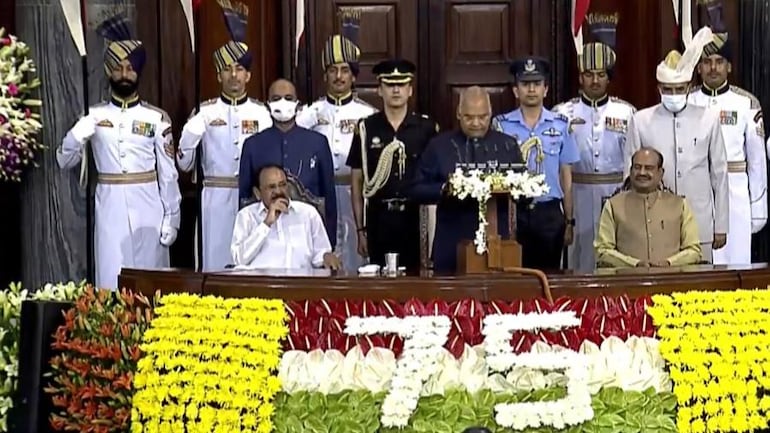 President-Elect Droupadi Murmu will take oath as the 15th President of India on Monday. She will be the first tribal person to occupy the country’s highest constitutional post.

LIVE: President Kovind’s address at the farewell function in the Central Hall of Parliament https://t.co/1QtA47lozY

Modi had hosted a dinner in Kovind’s honour on Friday. Members of the Union Cabinet, chief ministers of various states and other dignitaries were present on the occasion.

The dinner had a good representation from all parts of the country, including many Padma awardees and tribal leaders.