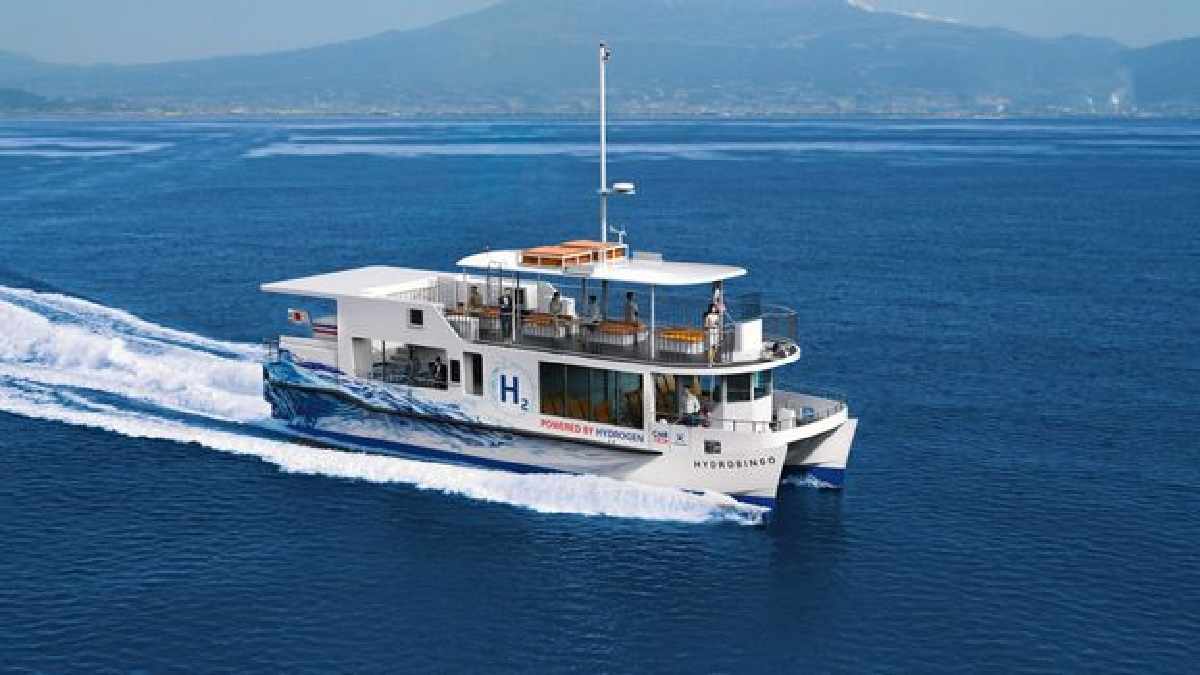 Hydrogen Fuel Cell Vessel UPSC: Cochin Shipyard has signed a Memorandum of Understanding (MoU) with the Inland Waterways Authority of India to build the country’s first hydrogen fuel cell catamaran vessel for Varanasi in UP. Cochin Shipyard Ltd. also signed another MoU for the construction of six electric catamaran vessels for Uttar Pradesh and two such vessels for Guwahati.

The MoU was signed in the presence of the Union Minister of Ports, Shipping and Waterways, Sarbananda Sonowal, UP Chief Minister Yogi Adityanath, Union Minister for Heavy Industry Mahendra Nath Pandey, and other hosts of dignitaries.

The introduction of the zero-emission hydrogen fuel cell passenger catamaran vessel in Varanasi will pave the way for the reduction in the usage of fossil fuels and thereby further reducing the emissions in India’s national waterways.

1. As per the Cochin Shipyard, the air-conditioned hydrogen fuel cell catamaran vessel will have a seating capacity of 100 passengers.

2. The vessel will be deployed at Varanasi after a test and trial in Kochi. The design and development of the vessel will be undertaken by Cochin Shipyard in collaboration with M/s KPIT, Pune.

3. The air-conditioned electric hybrid vessels for UP and Guwahati, designed for short-distance commutes in riverine waters, will have a seating capacity for 50 passengers.

4. The vessels will also provide onboard accommodation for the crew, besides toilet and washroom facilities for the passengers.

5. The latest vessels will also significantly contribute to the reduction in pollution levels in the National Waterways.

Cochin Shipyard Ltd. is a shipbuilding facility in India. It is part of a line of maritime-related facilities in the port city of Kochi in Kerala. The services that are provided by the shipyard are building the platform supply vessels and double-hulled oil tankers.