The Union government has banned 35 WhatApp groups for spreading misinformation and inciting violence over the Agnipath scheme. 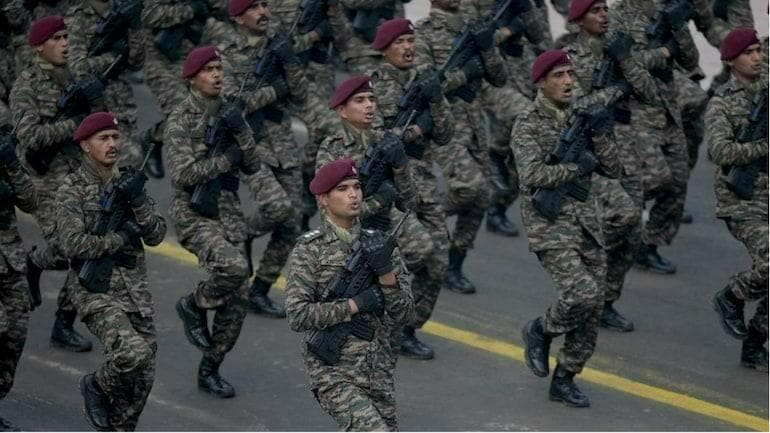 Under the Agnipath scheme, youngsters will be inducted into any of the three armed services (AFP photo)

The Union government on Sunday banned as many as 35 WhatsApp groups for spreading fake news about the new military recruitment scheme – Agnipath. The government is tracking people involved in spreading misinformation about the new scheme.

At least 10 people have been arrested for spreading fake news and misleading youth on Agnipath. The Press Information Bureau has also opened a fact check line to verify information regarding the scheme.

The Centre on Tuesday unveiled a new short-term recruitment policy for Indian youth to serve in the armed forces. Termed Agnipath, the scheme will enable youngsters aged 17.5 to 21 to be inducted into any of the three services as agniveers for a period of four years.

The Agnipath scheme, earlier christened as “Tour of Duty”, was launched in the presence of Union Minister of Defence Rajnath Singh and the chiefs of the three services.

The soldiers recruited under Agnipath will be released from service after four years, though the new system will have a provision for retaining around 25 per cent of them.

At a press conference today, the three services announced a broad timeline for recruitment of young people under the Agnipath scheme.