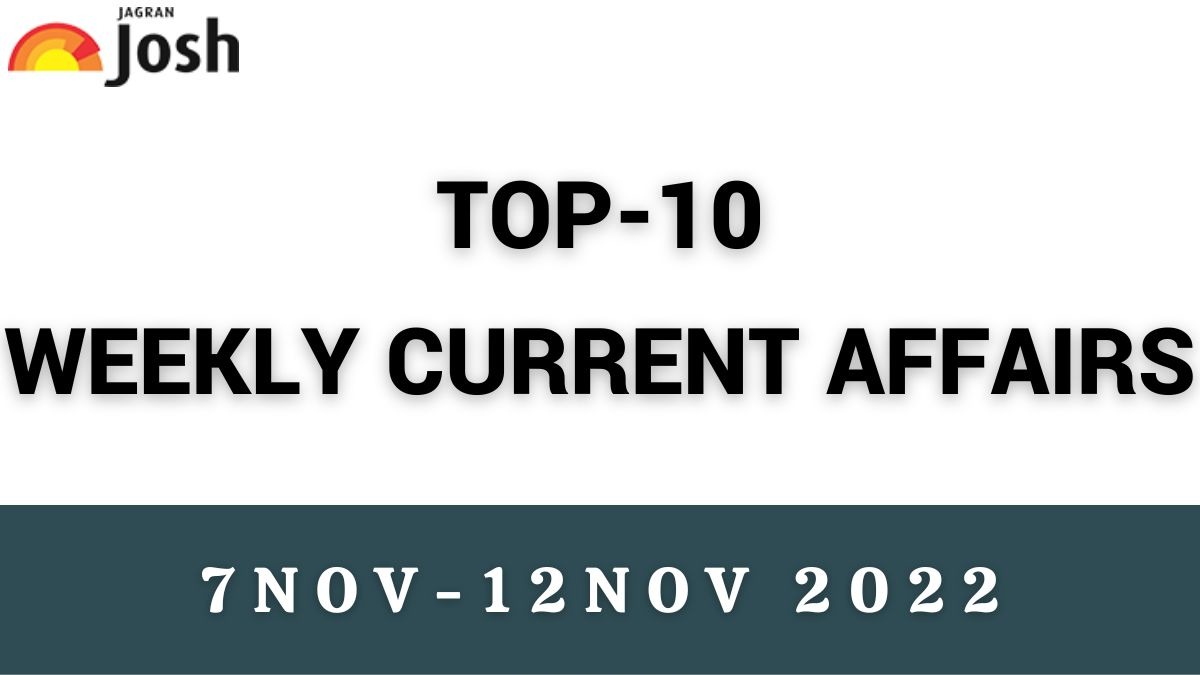 The Supreme Court of India upheld the 103rd constitution Amendment providing for a 10 percent quota for the Economically Weaker Section (EWS) from the unreserved categories. The beneficiaries can avail of the quota for admission to the government as well as private, government, and unaided jobs.

Rituraj Awasthi appointed as Chairperson of Law Commission of India

Vikram-S, India’s first privately developed rocket is set for a launch between November 12-16, 2022. The announcement was made by Hyderabad-based space startup Skyroot Aerospace. The maiden mission of Skyroot Aerospace, named ‘Prarambh’ (the beginning) is set to carry three customer payloads.

Prime Minister Narendra Modi said that India’s upcoming Presidency of the G20 grouping is a matter of pride and a great opportunity for the country in its 75th year of Independence. Prime Minister Modi made the remarks after unveiling the logo, theme, and website of India’s G20 Presidency. India will assume G20 Presidency from the current chair Indonesia from December 1, 2022.

The International Cricket Council (ICC) announced the latest legends who have joined the prestigious list of cricketing greats that make up the ICC Hall of Fame. Following a voting process that included the existing Hall of Famers, media representatives plus senior executives from FICA and ICC, Shivnarine Chanderpaul, Charlotte Edwards, and Abdul Qadir have been inducted.

The Government of Tamil Nadu has declared an area in the reserve forests of Krishnagiri and Dharmapuri as the Cauvery Wildlife Sanctuary. The sanctuary, comprising an area of 686.406 sq. km, will be part of a protected landscape contiguous with the forests that currently constitute the Cauvery North Wildlife Sanctuary which is shared between Tamil Nadu and Karnataka.

India will host the Women’s World Boxing Championships in 2023 in New Delhi. The decision came two years after the country was stripped of the hosting rights of men’s events for not paying the requisite fee to the global governing body.

Science and Technology Minister Jitendra Singh unveiled India’s first national repository for life science data, generated from publicly-funded research in the country. The Indian Biological Data Centre (IBDC) which is established at the Regional Centre of Biotechnology has a data storage capacity of four petabytes.